🔙 Return to: How Transit Integrates GTFS

A GTFS route can be either unidirectional or bidirectional. Although a bus run often consists of a vehicle heading outbound on a street and taking the same path to return, a GTFS trip with this behaviour should terminate at each end of the route. A trip should only be unidirectional if it is a true loop.

One way to determine whether a route is a true loop is to put yourself in the shoes of a rider along the route. If, along most of the route, the rider can walk across the street, or a block away (in the case of one-way streets), to catch the same bus going in the opposite direction, it is not a loop. (An exception: bi-directional loops, which offer clockwise and counter-clockwise service.) Lasso routes are more challenging to define as either unidirectional or bidirectional. If it is unfeasible that a rider takes the bus to get from one part of the lasso to another, the trip should be split in two directions (see direction_id). 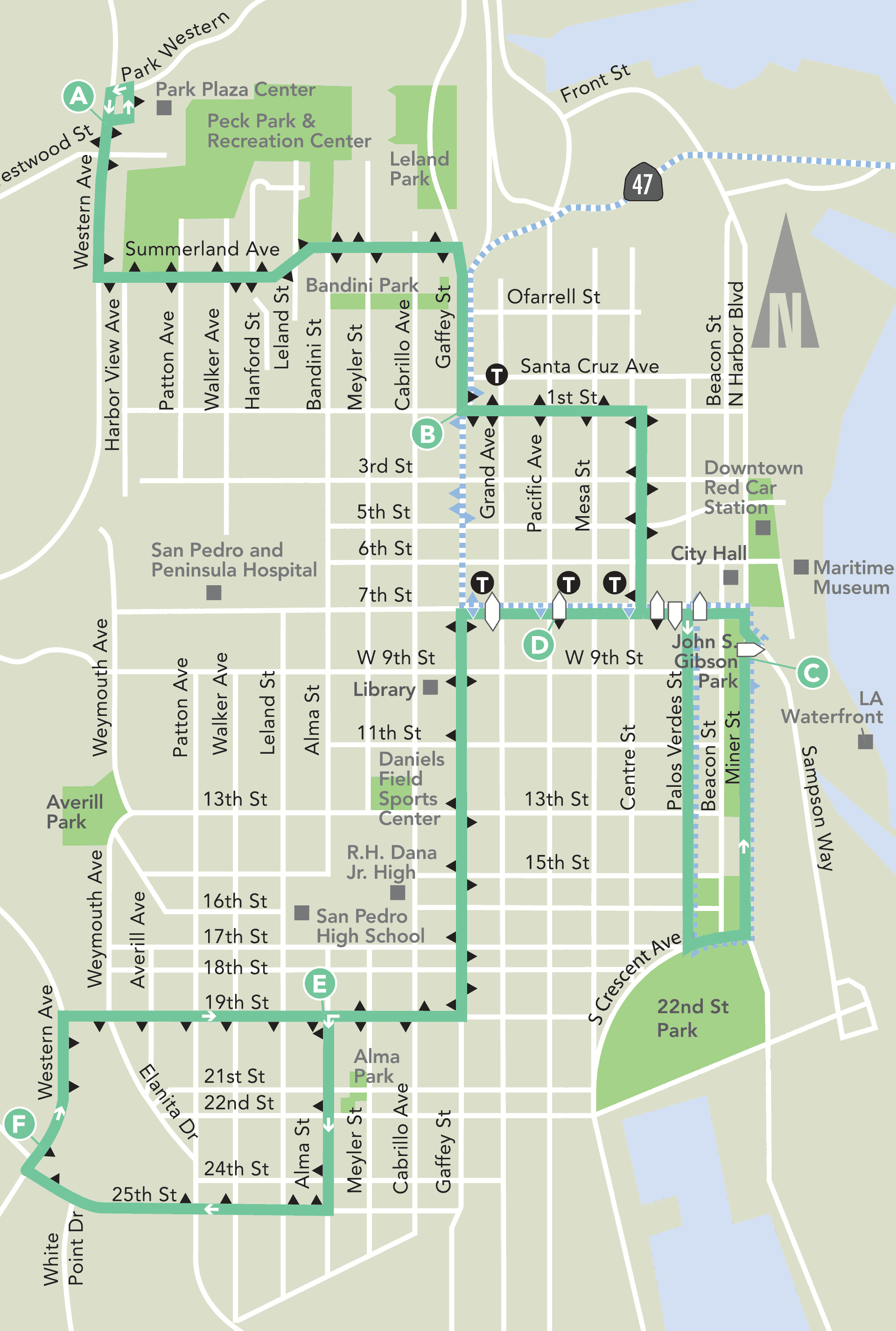 If trip_headsign is in the form <cardinal direction> to <destination> and the next three departures do not have the same headsign, Transit's Nearby display splits headsigns, arranging destinations underneath the direction (if it exists). In the example below, the trips are also branded with letter branch codes, which are displayed to the left of the trip_headsign.

Branch codes are letter designations assigned to distinct itineraries on a route. If two routes share a numeral but are distinct in agency publications, such as routes 71, 71A, 71B, 71C, and 71D in Pittsburgh, the routes should be given distinct  route_short_names

If a letter is used to denote a distinct itinerary for a route, such as Route 54 in Pittsburgh, this information should be included in the  trip_headsign field. 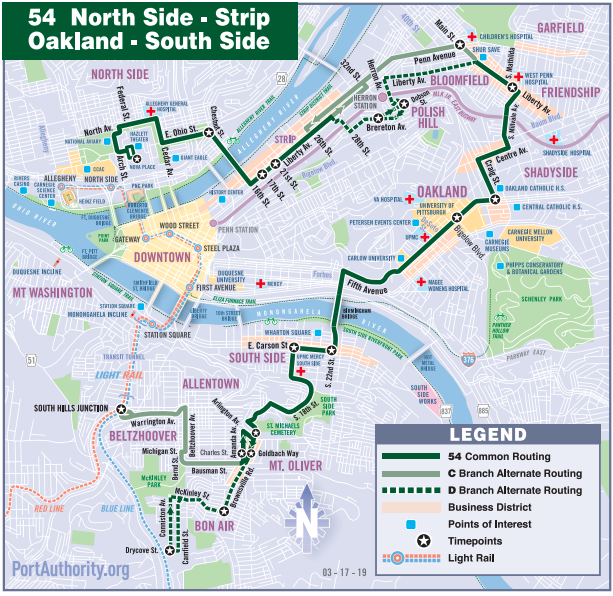 Transit will automatically recognize letter branch codes if  trip_headsign begins with a single letter character followed by a hyphen. Either of the formats below are acceptable.

This field should only be used when numbers are commonly used by riders to identify unique trips, typically for commuter rail. Transit cannot display both  trip_short_name and branch codes

Unless the route operates as a  true unidirectional loop, each trip should operate in a distinct direction, denoted by direction_id. If an agency's routes follow a direction (cardinal, in/outbound, or counter/clockwise), the value for direction_id should remain consistent. Using direction_id for a bidirectional route will allow the user to swipe on a route cell to switch directions at any point along the route. Without this field, the app cannot organize trips by direction. The example below uses a direction_id that is consistent with the direction (Inferred from the headsign).

This field should be used to denote whether a  trip is accessible. This usually refers to the accessibility features of the vehicle operating the trip. In the screenshot below, all trips on orange line are accessible (denoted by the symbol next to the arrival times), but two of the five stations are inaccessible (a property of stops.txt). This value is also used by the trip planner to determine the accessibility of a trip.